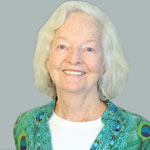 Recently at the Annual Meeting of the American College of Nurse-Midwives, Roberta Frank was honored for her pioneering work in the field of nurse-midwifery. She was introduced at the opening meeting in Palm Desert, California May 31, 2003, and recognized for her contributions to the establishment of nurse-midwifery in California. Because of her early efforts, nurse-midwifery was born and has grown strong. Roberta was thanked for her dedication to women and newborns. Roberta graduated from the UCSD School of Medicine in 1978, and began practice in San Diego County in 1979. She then opened Best Start Birth Center. Best Start was the first birth center in the county. Best Start then became the first birth center to be licensed by the state. Best Start was later used as a model for licensing future birth centers as they opened in the State of California. 18+ years later, Best Start remains the model for new centers as it is the oldest, largest, and only continuously operating birth center in the state.